A Twitter who claims to have come across Starboy Terri recently gave an insight on his well-being.

According to Ruddy, he says Terri looks like he’s suffering and how he almost shed tears cause of him, and he pours the blame on Wizkid. 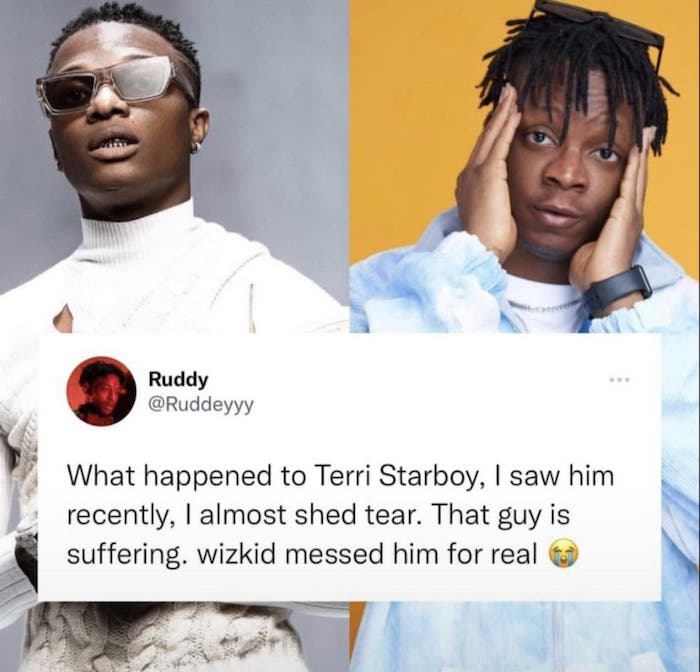 Well, I don’t seem to believe this tweet as no matter how Terri might be suffering it won’t probably be that obvious that you will almost cry for him.

He’s a celebrity and packaging will surely hide alot for him, and mostly people around that want to still benefit on his wave will still treat him good.

Let’s hear from you…

I dislike seeing people around me, will prefer a robot – Tonto Dikeh opens up

“This is cute, but I don’t want” – Reactions as lady celebrates boyfriend’s birthday with ‘garri cake’ (Video)

How to “Enable Offline Mail” on Gmail