Big Brother Naija star Tega Dominic has hinted about going through a lot in a cryptic post she shared on social media.

The mother of one in a post she shared on Snapchat noted that her fans and followers are oblivious of the problems she’s currently facing, because she’s not one who shares her problems with people.

In the cryptic message updating her fans on the recent happenings in her life, she wrote, “I face a lot, but I am not a storyteller”. 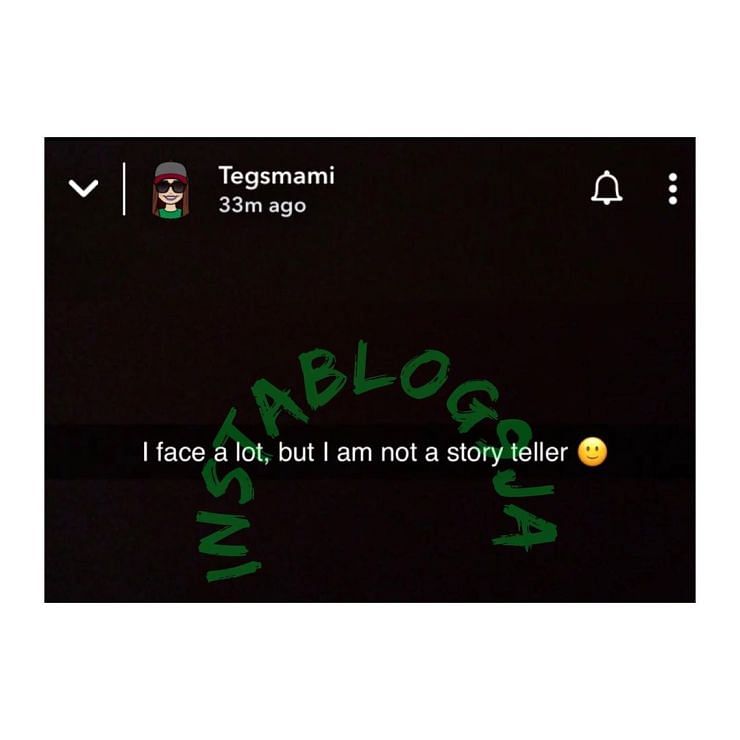 This is coming few weeks after the reality star returned to social media days after she deactivated her accounts over continued criticisms and judgement from Nigerians.

To announce her comeback, the reality show star doled out stunning photos of herself in a silvery dress and noted that she is a flower that can still grow after a forest fire.

She captioned one of the posts, “I am a flower that can still grow after a forest fire. Remember, a diamond is a coal that did well under pressure. Let’s bloom!”

“This is cute, but I don’t want” – Reactions as lady celebrates boyfriend’s birthday with ‘garri cake’ (Video)

“When your husband dies, your contract in the family is fully terminated” – Man weighs in on family tussle over Ikoyi building CEO’s properties

“What kind of country is this?” – Singer, Cheque laments after he was allegedly assaulted by EFCC
‘They Should Do DNA Test’ Reactions As Ghanaian Lady Trends As Davido’s Look-Alike (Photo)
Comment